GN Terminal is a leading grain exporter in the world. It manages the most developed and extensive grain supply chain on the market.

Our terminals are strategically located on major waterways. This location serves as an optimal export transshipment point.

Phase 1 of Olimpex Grain Terminal was commissioned, and operations commenced

Olimpex expansion works are being completed, allowing it to handle 5 MMT p.a.

100%
Send a cover letter and resume to careers@gnterminal.com 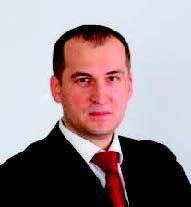 Oleksiy is a corporate top manager, a businessman and a Ukrainian public figure and former politician. Oleksiy’s 25-year business career focus has been on recovery of distressed companies as well as on leading multinational groups to growth. In 2014, he made an impressive turn into politics during the most challenging times for Ukraine in the aftermath of the Revolution of Dignity in 2014.

During the period 2014-2016, he held the position of the Minister of Agrarian Policy and Food of Ukraine, where he successfully implemented numerous reforms, introduced implementation of European food quality standards, opened pathways for new international export markets for Ukrainian grain and food products, and, as a member of the Cabinet of Ministers, was actively involved in political life of the country.

Since, Oleksiy has successfully returned to the business world. In a recent project, as the Chairman of Mrya Farming plc, he was responsible for the corporate governance and the company’s successful debt restructuring ($1.1b), leading its transformation and sales process to Salic Group (Saudi Government).

Oleksiy is fluent in English, Ukrainian and Russian and has some knowledge of Dutch. During his career path, he travelled extensively and was involved in numerous international projects

Oleksiy graduated from National University of Kyiv-Mohyla Academy, Ukraine with a Bachelor's degree in Economics. Later, he obtained an MBA degree at Nyenrode Business School, Netherlands and PhD in Economics at National Academy of Science, National Agrarian University, Ukraine. From 2001 he is Fellow Certified Chartered Accountant (FCCA) (UK). 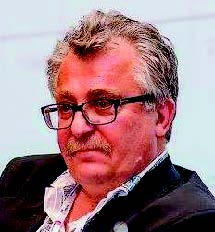 Mr. Bohdan Chomiak has 25 years of business and operational experience in Ukraine, CEE and CIS countries. In the past five years, he has facilitated commercial transactions in Ukraine’s agricultural sector with a combined value in excess of US$500m, providing advice to Asian, European and US companies, sovereign wealth funds, IFI’s, and private equity firms.

Prior to coming to Ukraine, he was the Dean of Extension at Olds College, Canada’s premier agricultural college, and had a 2,000 hectare grain and beef farm. While in Ukraine he managed a 20,000 hectare grain and oilseed farm. He led over $150m of technical assistance programs for USAID & Soros Foundation across former Soviet Union Countries

He speaks English, Ukrainian, and Russian. 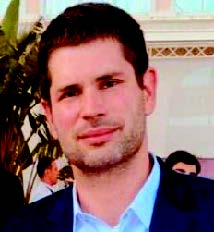 Dusan is the Finance Director of GNT Group, and he also holds several director positions in the holding and trading subsidiaries of the group (see legal structure included in the Appendices).

He has been with GNT for over 10 years. Before GNT Dusan in the IT industry as well as Investment Companies in the Netherlands and CIS.

Dusan has earned an MBA degree at SMC University, after the MSC International Relations degree at University of Leicester, and BSC Economy at Rotterdam School of Management, Erasmus University.

He is based in Dubai office, from where he also oversees GNT Trade. Dusan speaks English, French, German, Russian and Serbian.